Cyber Ops Must Evolve Towards Fusion Centres. Here is Why.

Since the advent of space exploration in the 1960s, every child understands that the success of the space mission is dependent not only on the astronauts, but also on the engineers in the mission operation center. All complex missions or operations are high risk and subject to failure. These failures are also hard to predict. Operations centers therefore play an important role in responding to failures in real-time to reduce their impact on the mission.

A quick history of security operations

SOCs emerged from Networking Operation Centers (NOCs) who were dealing originally with IT-security monitoring matters. Organizations would simultaneously create separate groups such as Computer Emergency Response Teams (CERT’s) to focus on security incident response and forensics, or Cyber Defense Centers (CDCs) to focus on threat analysis and assessment. Whatever operational groups were created all organizations had to recognize two realities.

First, SOCs can’t prepare for every conceivable threat and therefore InfoSec leaders must limit the SOCs focus to threats observed in the wild. Second, collaboration, expertise exchange, and ultimately your incident response time are hindered when different groups own monitoring, incident response, analytics, and forensics responsibilities. So, what’s next?

SOC value-add in the next decade of challenges

SOCs will face key challenges in the next decade. Their success depends on their adaptability to the following trends:

The traditional, centralized SOC will struggle to deliver value in light of these trends. We need a new model. A cyber fusion center might be the solution.

The concept of a cyber fusion center

A cyber fusion center advances the SOC strategy. It embodies the SOC but also physical security, anti-fraud management, IT operations and other functions. The fusion center concept originated in the US law enforcement community following the September 11th terrorist attacks. Analysts from several agencies were merged together in numerous fusion centers to exchange information more effectively and efficiently.

Large US banks were the first adopters of this approach. InfoSec leaders learned large-scale cyber heists like the 2016 Bangladesh Bank robbery could be avoided or at least mitigated by a more integrated exchange of information. Some banks responded by bringing liaison officers from transaction monitoring into their cyber operations units.

Fusion centers can provide value for any sized company in just about every industry. Let’s take a look at some examples.

Incorporate DevOps into a fusion center to turboboost your cybersecurity operations

Development Operations (DevOps) has replicated fusion center principals for some time, resulting in better collaboration, resilience and time to market. Infosec leaders would be well served therefore to adopt this model. DevOps also offers a more proactive approach to both resilience and threat management by synthesizing threat intelligence and monitoring. DevOps-level questions like “is this blocked transaction related to last week’s bank breach?” could enhance a fusion center’s situational awareness, but also help design or even automate better playbooks for business teams.

Most operational teams already share several capabilities and technologies, like detection hygiene or prevention controls, SLA and KPI management and automatization of response playbooks. Those shared services could standardize the way a SOC or fusion center is organized and dramatically increase the organization’s hygiene and resilience.

Unfortunately, a blueprint for a cyber fusion center doesn’t exist yet. You can start this transformation in small steps by deploying into your SOC liaison analysts from other functions or go big and merge all operational functions together. In the end, it’s important to define your success criteria first and measure it on a frequent basis. Like a space operation center measures the number of risks and failures before a rocket launch and throughout the entire mission, we have to measure our cyber resilience against the bad guys – whether it’s through a cyberattack or a cyber-enabled fraud, blackmail or a lure. 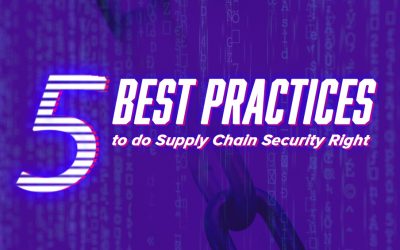 Carl Timmons: CISO of Illuminating Solutions, a data analytics firm, forty-seven years old, never been married. Last Thursday, Carl arrived in San Jose on business. He was picked up by a company car and driven to The Manifeld Hotel. He was last seen leaving the hotel... The Dark at the Top of the Stairs The Risk of Banking

I just came off a big Zoom call with traditional bankers where they discussed changes in client behaviors, and the impact which new technologies bring, that fundamentally challenge today’s traditional European banking models. At the end of 2019, Boston... Effective Board Communication for CISOs

Know Your Board If you’re a CISO, your Board generally knows who you are and what you do. But do you know who they are? No Board is monolithic. Each Board member brings unique value to the Board. Each is selected for what they add to the Board’s perspective, vision,... Data Classification – What It Is, Types & Best Practices End of Life Software: Risks, Dangers & What to Do Next

Understanding what to do when you have EOL software becomes crucial to the security of your organization. So, what happens when your system reaches EOL? When software reaches EOL, it means that program will no longer be supported by the developer and there will be no... I’m sitting at a table in one of the offices of my private security firm in a tense, but now familiar, setting. No matter who the client is, there’s always a strange energy when extremely wealthy and powerful people are asking you to accomplish the seemingly...